There are 4 million cataract surgeries performed every year, with postsurgery treatment requiring a regimen of steroid, antibiotic, and NSAID eyedrops that can total over 100 drops. DEXYCU is an innovative intracameral steroid that can remove the need for over 70 drops.* DEXYCU is injected into the eye immediately following surgery and delivers consistent control through a fast, sustained-release bioerodable sphere that diffuses the active drug from within.

The launch campaign needed to showcase the targeted therapy and first-of-its-kind technology of DEXYCU. The goal was to convey how DEXYCU is the new standard for post-cataract surgery inflammation. The TARGET WITHIN headline communicates the mechanism of action, a key differentiator for the brand. The striking eye visual is distinct and dynamic, with vivid colors and a fresh modern feel that adds drama. And combining them in marketing, along with the sphere graphic, helps the ideas of technology and innovation resonate with the audience.

Before launch, key targets like high-volume cataract surgeons were focused on for early adoption through KOL leadership and training. And after introducing DEXYCU in early 2019 the market responded with excitement. Different DEXYCU programs are being expanded into major conferences across the country, and hundreds of surgeons have registered for training on the website in only months. 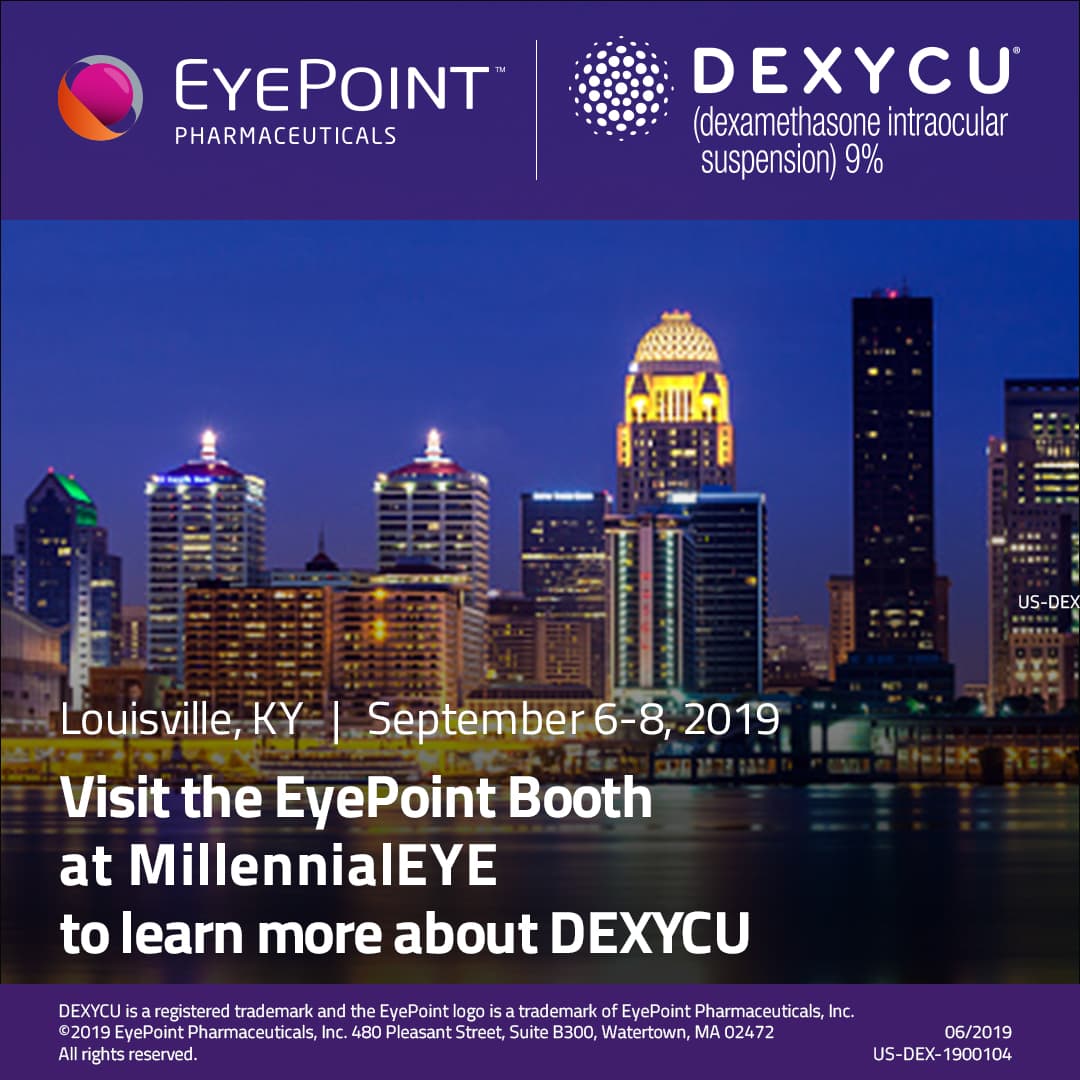 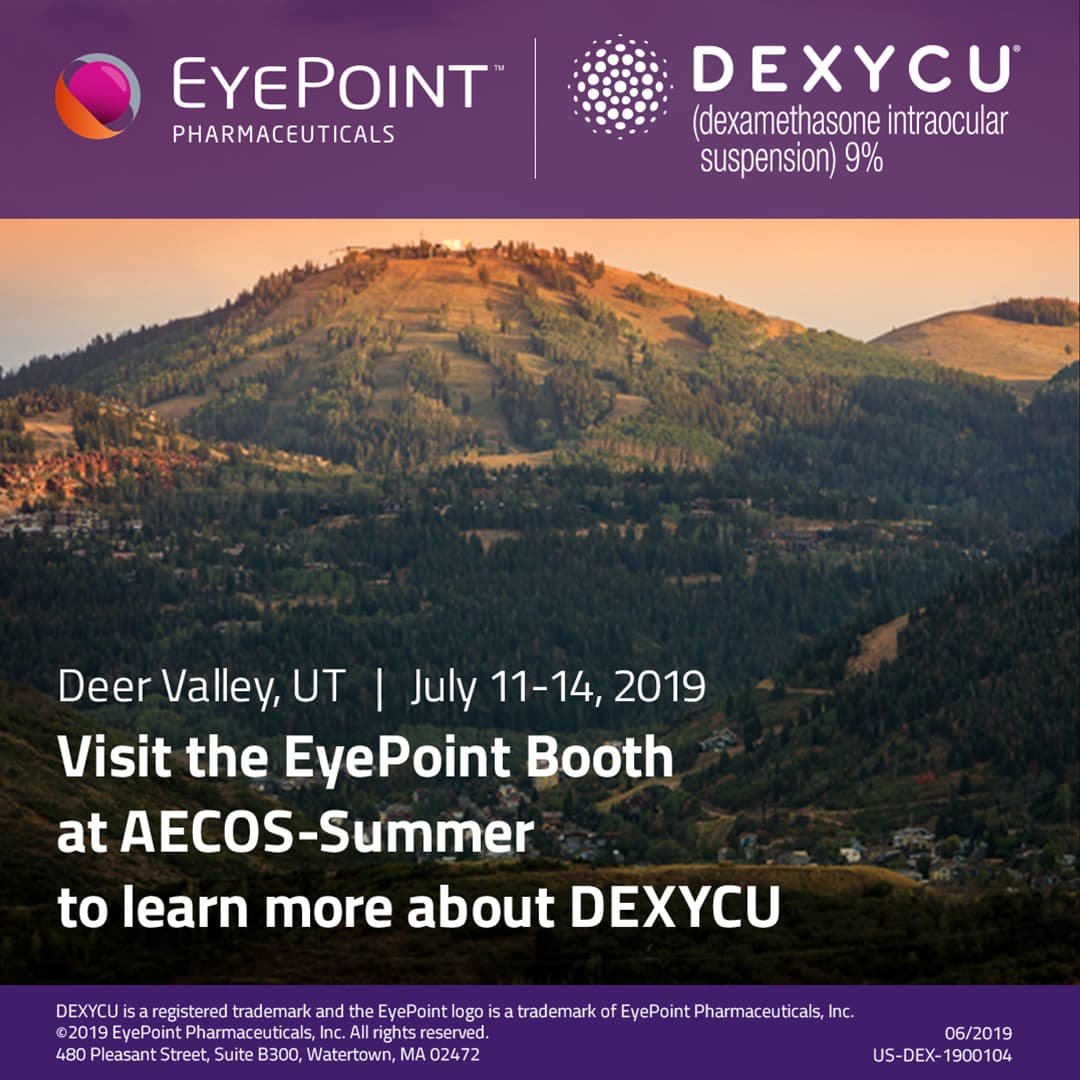 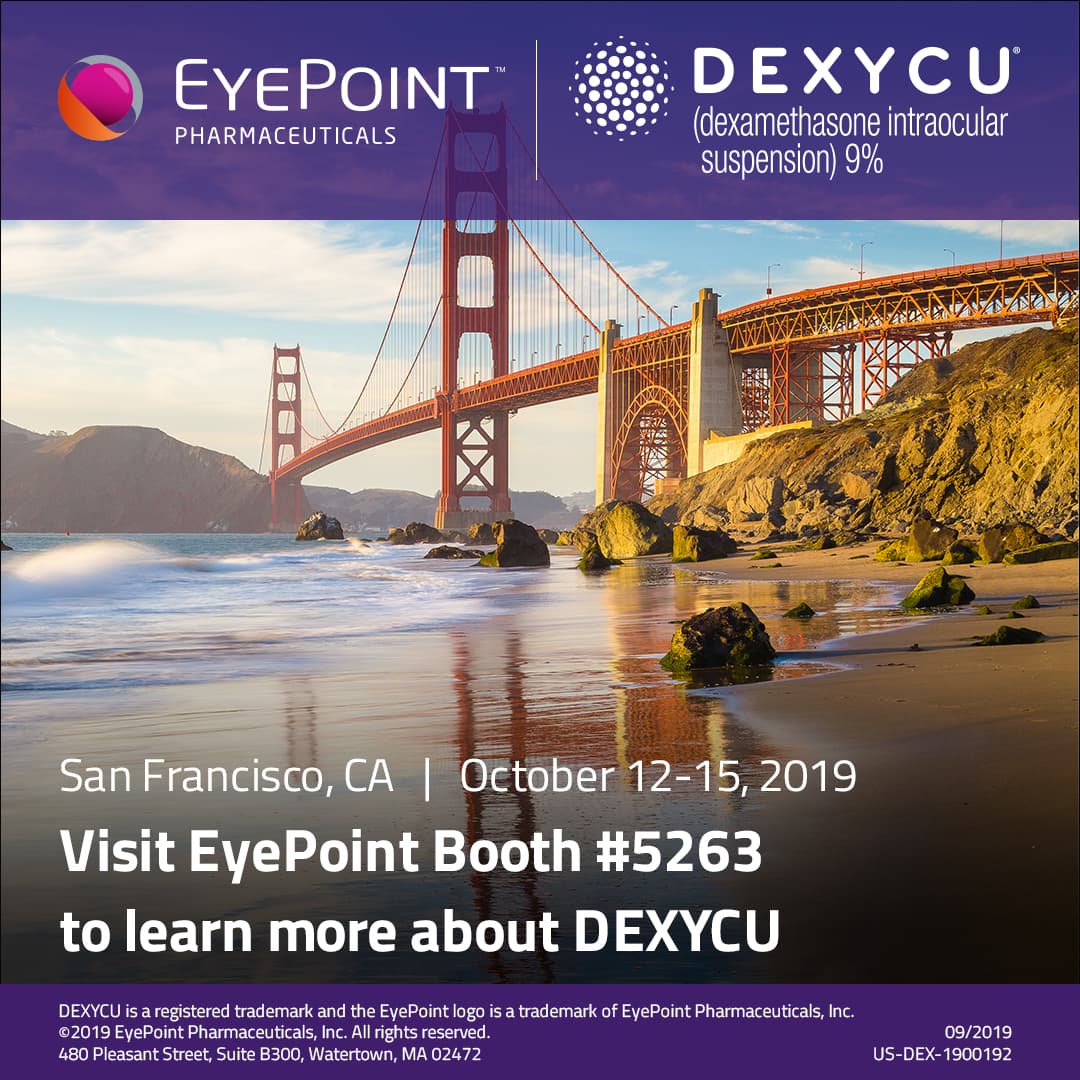 Keep an eye out. DEXYCU is delivering at conferences across the country.